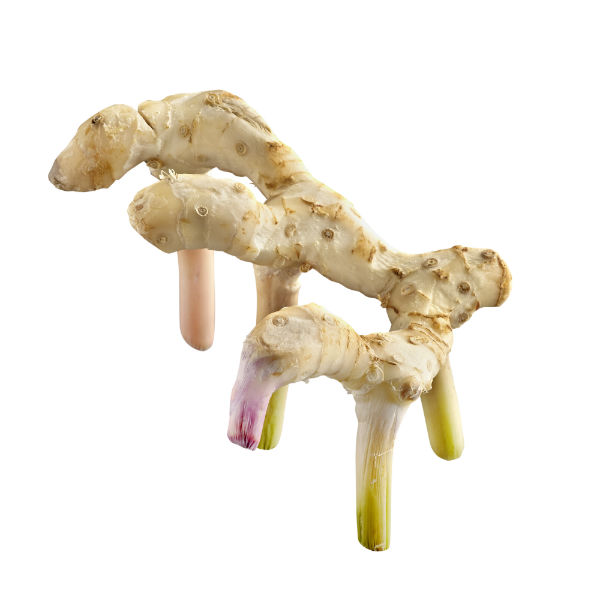 Laos (Alpinia galanga) is a plant related to ginger. It is also sometimes called Thai ginger or galanga.

Laos is probably from Indonesia but is currently grown in China, Thailand. Malaysia and Indonesia. However, the herb was used in Europe in the twelfth century with certainty. The carrot is used as a spice, it has a mildegember flavor but also has a bit sharper which tends to pepper, smells like citrus and pine trees. It is used fresh, dried or potted. Laos can be substituted in recipes by ginger and a little pepper.

Laos root is seen in Indonesia as a stimulant and an aphrodisiac. It would also induce menstruation.

Laos (powder) is a widely used and old Eastern kitchen herb.
Another name for Laos is: Galangal.

By continuing to use the site, you agree to the use of cookies. more information